Our rooms are all done in a simple but cozy style. Taking into account the original layout of the Chateau, all rooms are different in layout and each has its own atmosphere. We have rooms for 1 and 2 persons and family rooms for 3 or 4 persons. For families and groups, several rooms can easily be combined. All rooms have excellent beds and mattresses. In each room you have access to a shower and a sink. Your own toilet is located in the hallway next to the room. 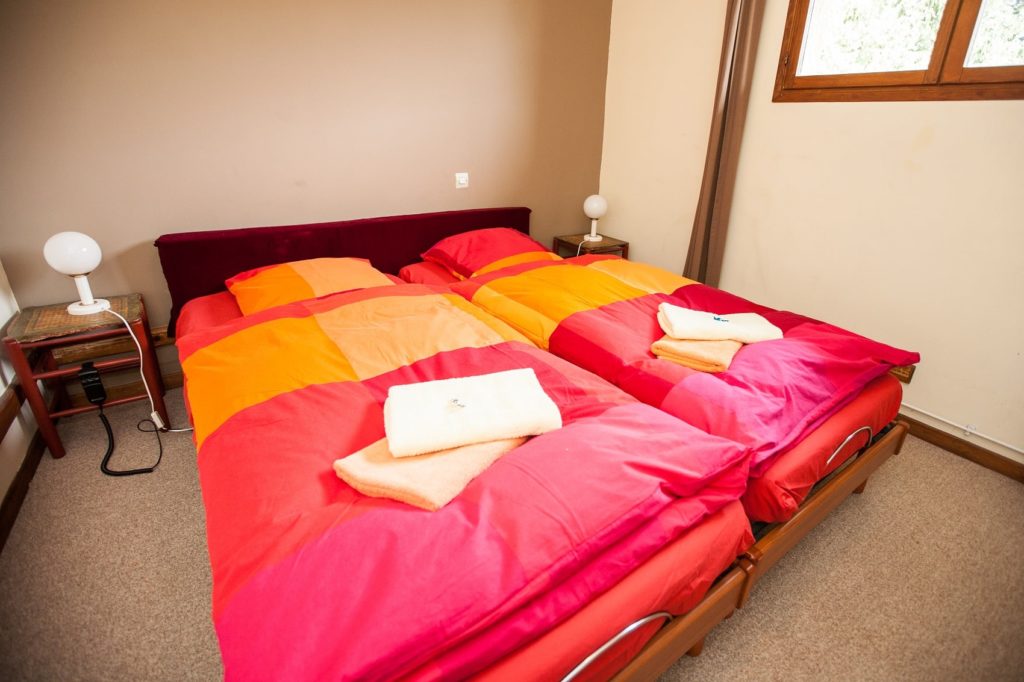 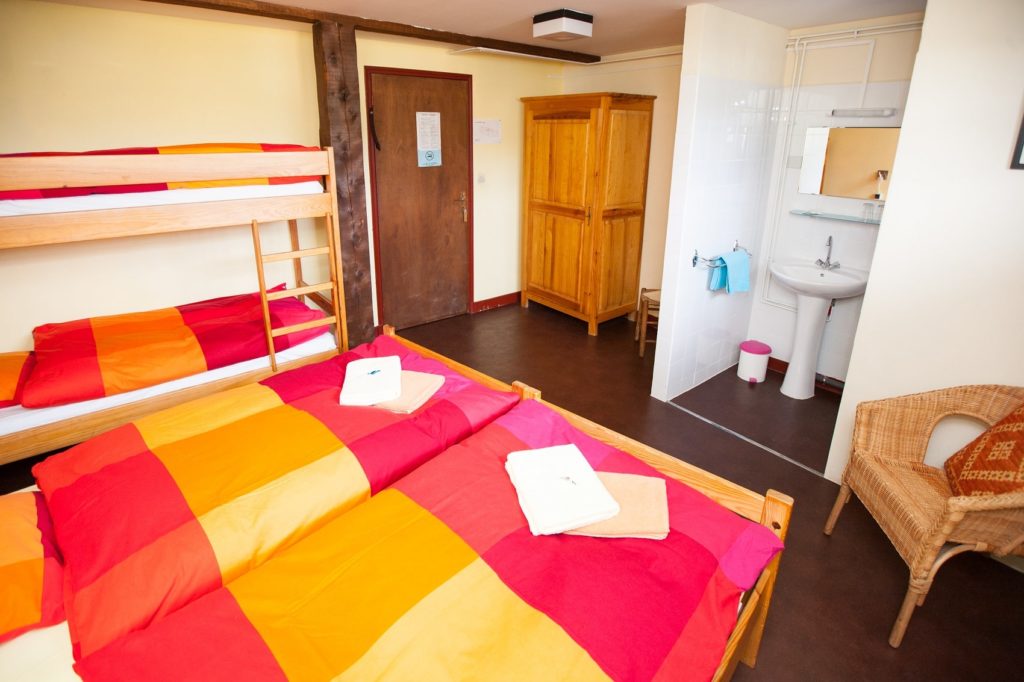 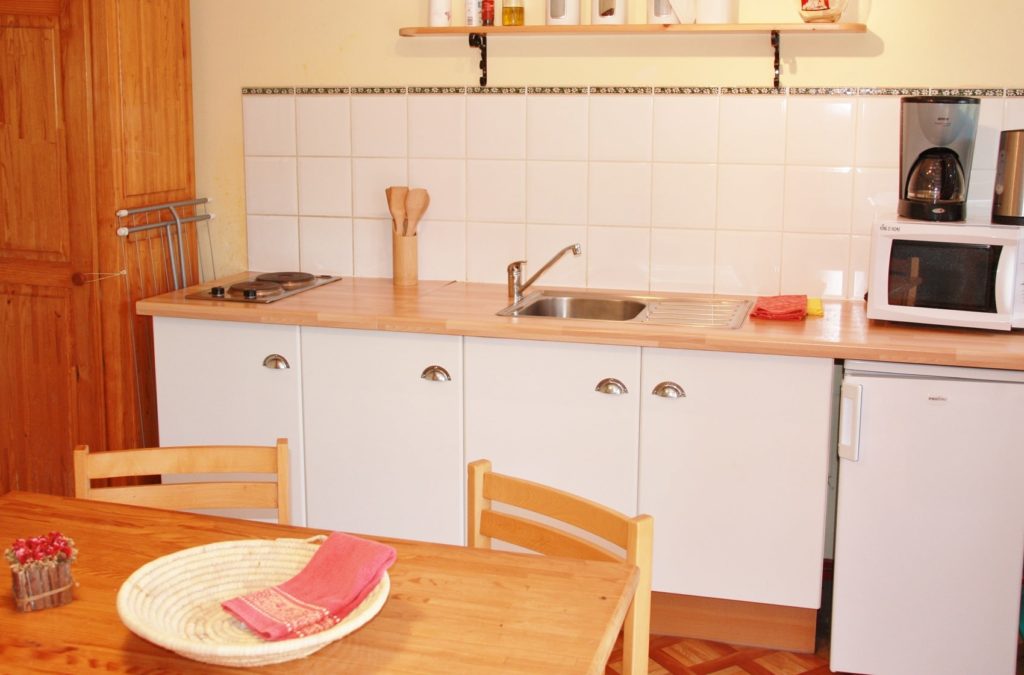 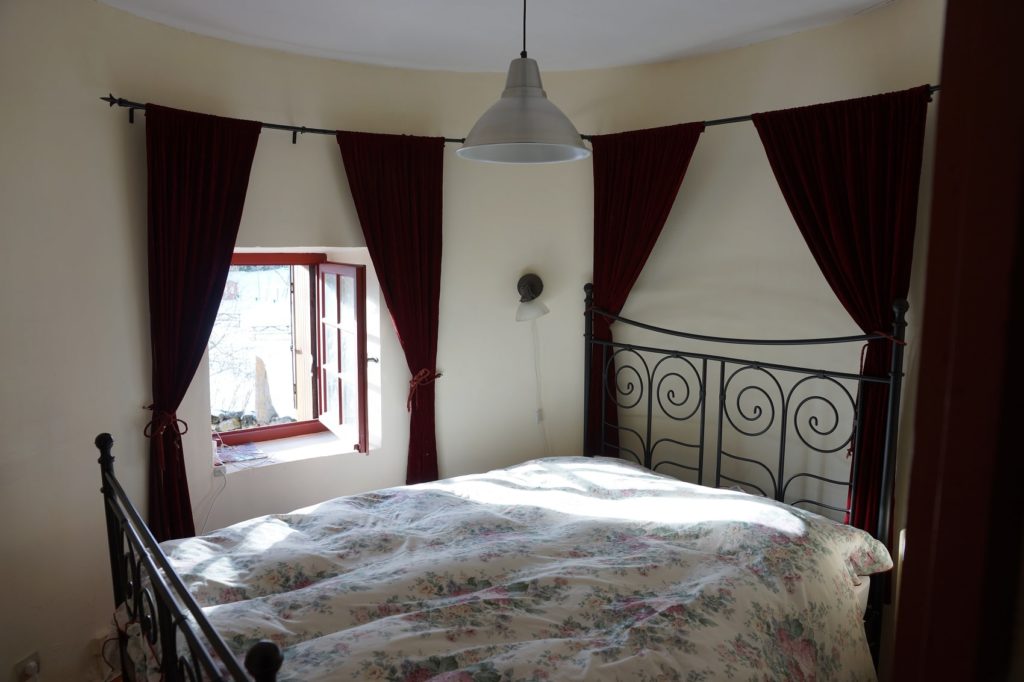 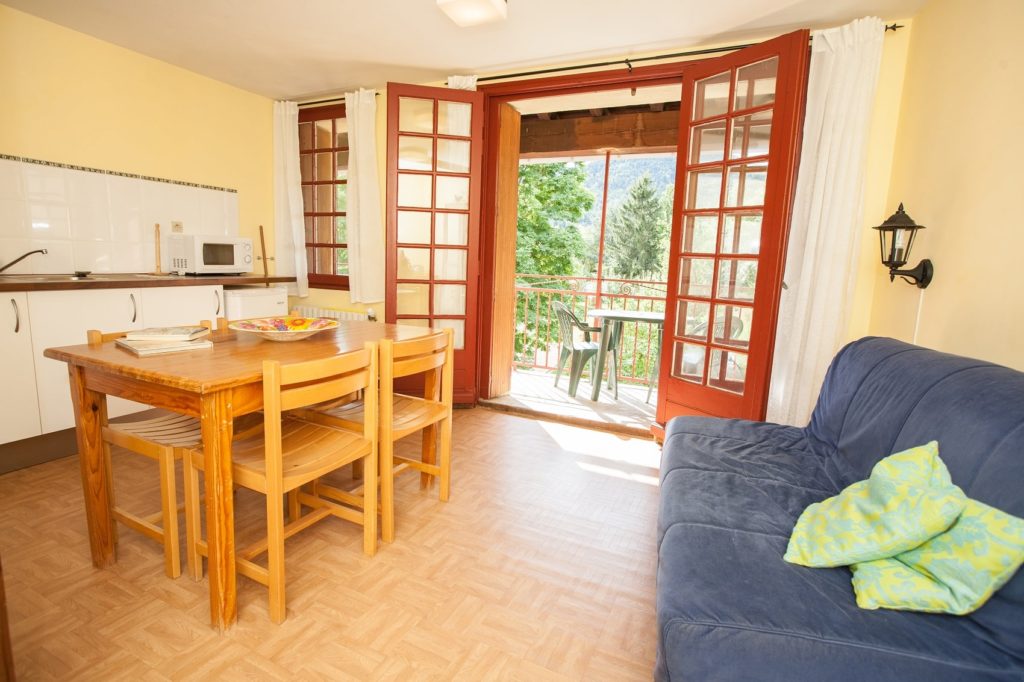 Our apartments are located at the front of the building. The simply furnished apartments are arranged according to the original layout of the Chateau. The bedroom (with shower and washbasin) and the living room each have a separate entrance door from the corridor. Your private toilet is in the hallway next to the apartment. We have a 2-person apartment, which has a living room with fully equipped kitchen and a private balcony with garden furniture. The romantic bedroom is located in the tower room.
The other apartments are for a maximum of 2 adults and 2 children. These have a bedroom with 2 beds and a bunk bed. The living room has a sitting area, a fully equipped kitchen and a balcony with garden furniture that overlooks the garden and the Pyrenees. 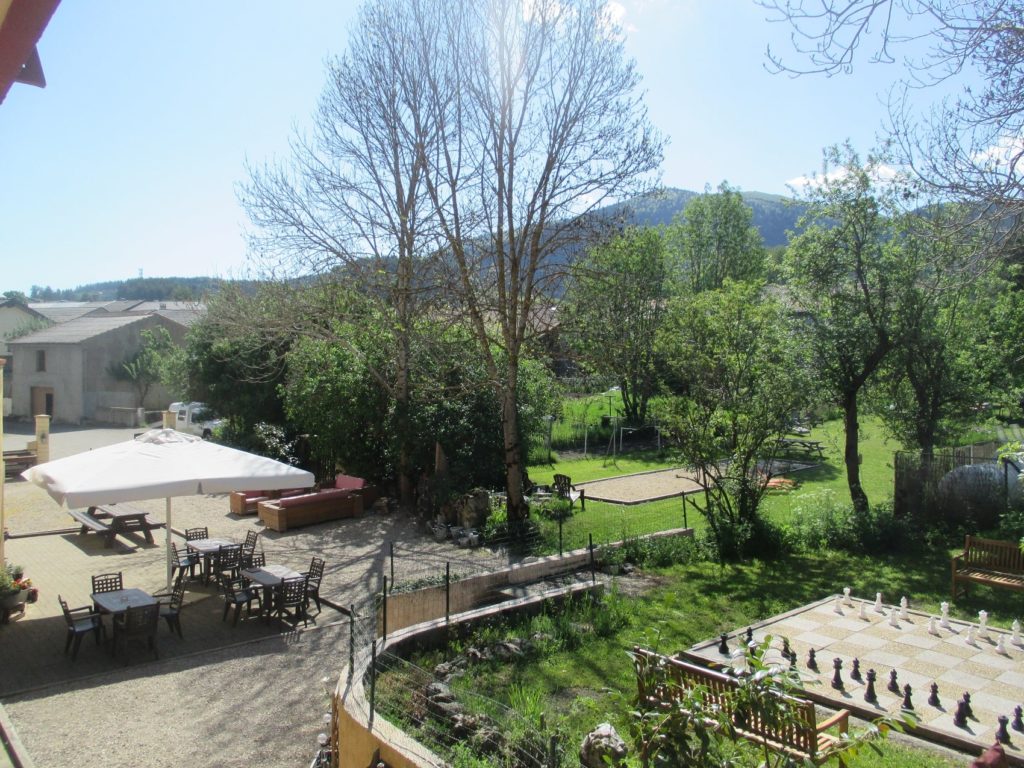 The oldest parts of the Chateau are over 200 years old. The Chateau used to consist of 2 residential houses owned by 2 brothers. They wanted to have the biggest building in the village and had the 2 houses connected over 100 years ago by building the tower in the middle. From that time on, the building was called Le Chateau. After this time, the building was rebuilt and expanded several times. From 1975 it has served as a "Colonie de Vacances" a kind of group holiday home for children. In 2005 a few apartments were realized and in 2009 the former dining room was converted into a cozy restaurant and the rooms were refurbished. In 2011 the entire heating system was renewed and modernized and in 2018 the entire Chateau received a completely new roof.

The building currently has two floors, some hotel rooms, apartments and a restaurant. We also live in part of the building ourselves, so there is always someone there. On the second floor there is a common living room with a library, board games and a television with all Dutch channels. The restaurant can also be used as a relaxation room where there is also a television, a table football game and a play corner for the children. In a large part of the Chateau, on the terrace and in the restaurant free WIFI is available.

Outside we have a lovely terrace with a lounge area and a large garden where you can relax and enjoy the sun or read a book. Large and small can enjoy themselves here and include a petanque court, table tennis and a life-size chess set. In the back of the garden we have a playground for the children with swings, play equipment and a large trampoline. In the summer we also have a swimming pool.

The chateau by night

When it gets dark and the exterior lighting is on, the Chateau is also a picture to look at. With a jacket or sweater it can still enjoy the silence and nature.